Is Meat Sustainable? Climate Change and the Need for Plant-Based Diets

The meat industry is one of the leading causes of climate change and pollution. 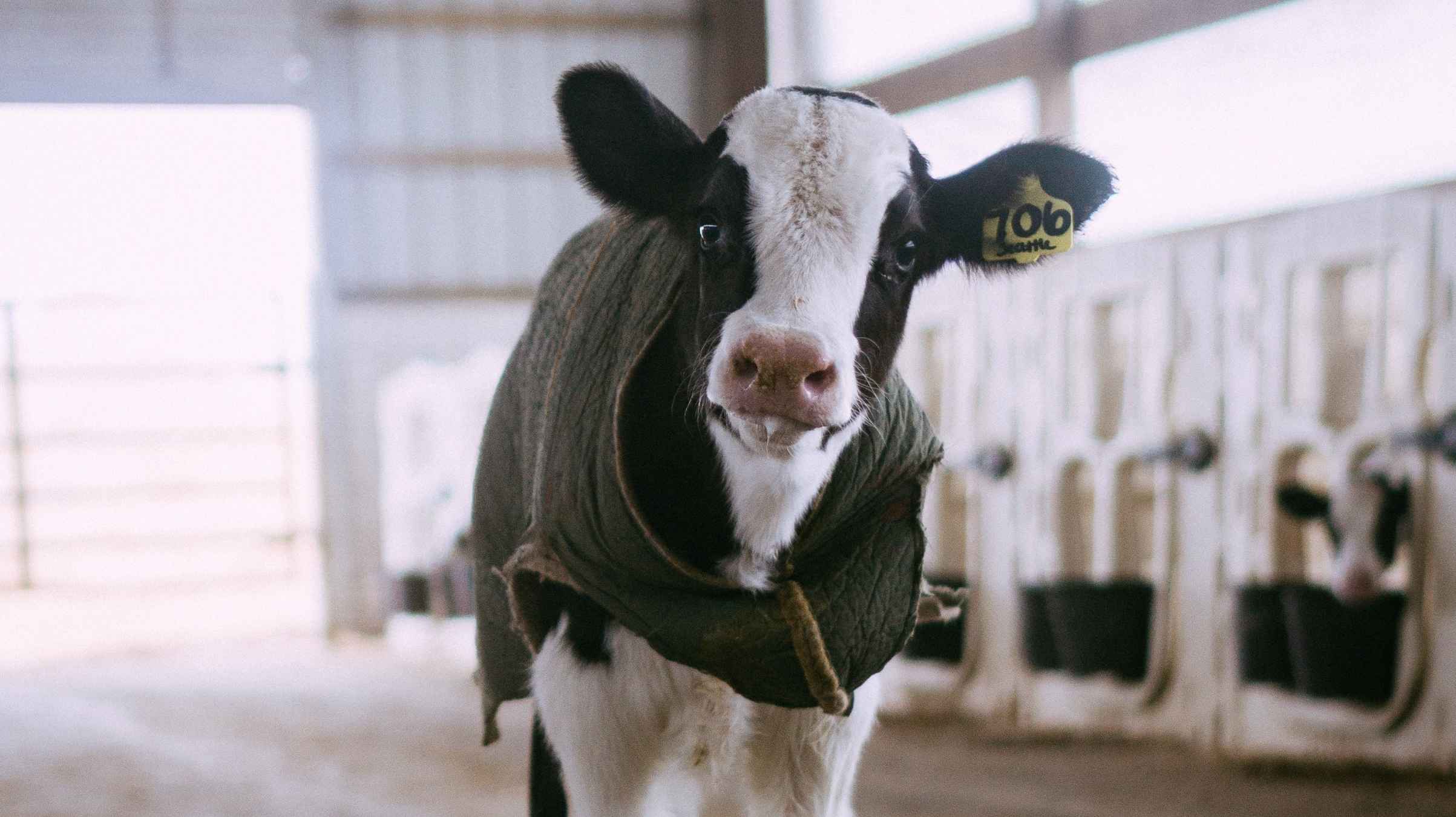 The meat industry is one of the leading causes of climate change and pollution. The agriculture, forestry & land use industry contributes to over 18.4% of greenhouse gas emissions, and animal agriculture creates more than half (51%) of human-related nitrous oxide emissions. We are seeing a significant increase in extreme weather events as well as natural disasters due to climate change - including hurricanes, wildfires, heatwaves, droughts, floods, etc. Allowing meat consumption to continue at current rates means that we will not be able to stay within the 1.5 degrees Celsius threshold set by the Paris Agreement - which would have devastating consequences for our planet and all living beings on it. It's important to understand what we can do to have a more sustainable future.

To figure out how we can most efficiently reduce emissions and what emissions can and cannot be reduced using current technologies, we must first identify where our pollution comes from.

This chart from Our World in Data shows that approximately three-quarters of emissions are due to energy use, with almost one-fifth coming from agriculture and land usage [which rises to one-quarter when we consider the food system as a whole – including processing, packaging, transportation, and retail sales].

Meat consumption is one of the leading causes of climate change and pollution.

We all have a part to play in how meat consumption contributes to climate change and pollution. Although meat may seem like the cheapest option for dinner right now, this will come at a cost later on when food prices increase due to the environmental impacts of meat production. Allowing meat consumption to continue at current rates means that we will not be able to stay within the Paris Agreement.

Why is meat bad for sustainability?

The meat industry emits methane, (highly more polluting than Co2), it creates waste products like pesticides and fertilizers, destroys forests for raising cattle or growing feed crops, uses up too many natural resources such as water and land and contributes to antibiotic resistance.

Roughly 77% of agricultural land globally is used in some way to support meat production including growing feed crops and grazing livestock.

Meat requires up to ten times more land than meat-free alternatives such as beans and pulses; meat production is also resource-intensive, requiring large quantities of water to raise livestock.

It is clear that meat production has a huge impact on our environment and cannot be allowed to continue at current rates if we want to reduce poverty, improve health, preserve the planet for future generations and feed an increasing population sustainably.

What can we do as individuals to reduce the amount of land required for our meals? If high-income countries are going to allow everyone in the world access to varied, nutritious diets while also reducing agricultural pressures, it's apparent that their average diets will need to be altered.

How can we accomplish this? It's been well established that the most effective dietary modification we can make is to consume less meat, particularly beef or mutton. In the graph below, we see how much farmland is required per gram of protein in a variety of food items.‍‍

Even when compared to other meats products, the land needs of beef and mutton can be a thousand times greater per gram of protein. As a result, even switching chicken for beef would reduce your dietary meat source's land footprint by ten to fifteen times and therefore total greenhouse gas emissions.

At higher levels of government, such a change would necessitate a substantial shift in people's food choices away from high-impact meat items. To bring consumption down to 10 kg per year requires countries like the United States, Brazil, or Australia to reduce intake by more than two-thirds; a significant change in dietary habits.

What are the alternatives we have to meat to reduce greenhouse gas emissions?

There are meat alternatives such as beans or peas which require much less land and emit far less GHGE. A meat-free diet will significantly reduce a person’s carbon footprint, making it an important step towards reducing global warming and reaching the Paris Agreement goals.

What meat is the most sustainable?

Beyond Meat has created the first plant-based burger that looks, cooks and tastes like beef without any GMOs, soy or gluten, the perfect environmentally friendly alternative to meat. Their burgers have no cholesterol, hormones or antibiotics. They also contain 20g of protein per serving which makes them great for vegans and vegetarians who want to get more protein into their diets as well as anyone looking for a healthier alternative to traditional ground beef patties. The production of this type of plant-based meat consumes away fewer resources than real meat.

Impossible Burger is a plant-based burger designed for eco-friendly meat lovers. From tacos to pork bao to lasagna, anything you can do with ground beef you can do with Impossible Burger. It's high in protein and nutrients, has no cholesterol (14g total fat, 8g saturated fat per serving), and is better for the environment and for your health.

Heura is here to help with a tasty plant-based chicken substitute that will make your mouth water without harming animals or the environment. This company provides one of the best plant based options on the market, reducing the impact of food production while providing solid alternatives with health benefits. They believe in creating clean products that respect our health and the planet we live on so we only use ingredients from trusted sources like organic vegetables and herbs as well as natural colors derived from fruits and vegetables. Their product uses no GMOs, preservatives, additives or artificial flavours so you can enjoy an authentic Mediterranean experience every time.

How much meat consumption is sustainable?

According to new research by Greenpeace, the European Union should reduce meat consumption by 71% in 2030 and 81% in 2050 to address the burden of farming on climate change. This would imply an EU average of no more than 460 grams of all types of meat leaving the slaughterhouse every person each week by 2030, and 300 grams each week by 2050, down from the current EU average of 1.58 kilograms per person per week.

Since not all meat is sold or consumed, the amount of meat that people consume would be significantly lower than 460 grams – possibly less than three burgers per week. We will definitely have to reduce our reliance on animal products while at the same time fighting food waste.

What does sustainable meat production mean?

Unfortunately, there is not such a thing as buying sustainable meat. Even if we take into consideration a sustainably raised meat system that uses land, water and other resources responsibly, protects animal welfare and promotes good employment practices, the emissions generated will still be high. Here's an interesting article on how the meat industry is greenwashing.

What does sustainability mean to the beef industry?

As we are seeing increasing pressure to reduce emissions and tackle the main problems that are causing climate change, we will definitely be urged to reduce the amount of meat produced in the world. As we stand we cannot imagine the entire population shifting towards a plant-based diet so meat production will still be part of our lives for decades to come. The meat industry will surely experience changes.

For example, meat producers will use more sustainable practices such as organic farming or free-range meat rearing to reduce the environmental impact of meat production and improve animal welfare at the same time by allowing livestock to graze naturally instead of growing them in factory farms under strict conditions where they cannot behave normally. Grass-fed beef can help to result in a more sustainable meat production.

This will mean that beef production will cost more, but meat-free alternatives such as beans and peas are already much cheaper than meat. By reducing the number of animals we raise for meat and the amount of meat we eat, meat production can become more sustainable even if meat is not completely removed from our diets altogether.

This will mean that meat producers may need to change how they produce meat but it won’t be impossible.

Meat is not necessary for human health or survival: eating meat-free meals will keep people healthier while it also benefits the planet too which means that everyone should consider reducing their meat consumption. Eating meat-free meals is also healthier: research suggests that a meat-based diet can contribute to heart disease while it has been associated with lower rates of cancer and obesity in some cases.

This can be done by meat-free Mondays or meat-free days per week, eating meat-free lunches and reducing portion sizes at dinner to cut down on the amount of meat eaten.

A vegan or vegetarian diet is an even more effective way of cutting back on meat but it isn’t necessary for everyone: all that matters is that people make an effort to reduce meat consumption because meat production has a significant environmental impact.

You'll get a weekly dose of purposeful reading, watching, as well as recommendations.

Thanks for joining our newsletter.
Oops! Something went wrong. 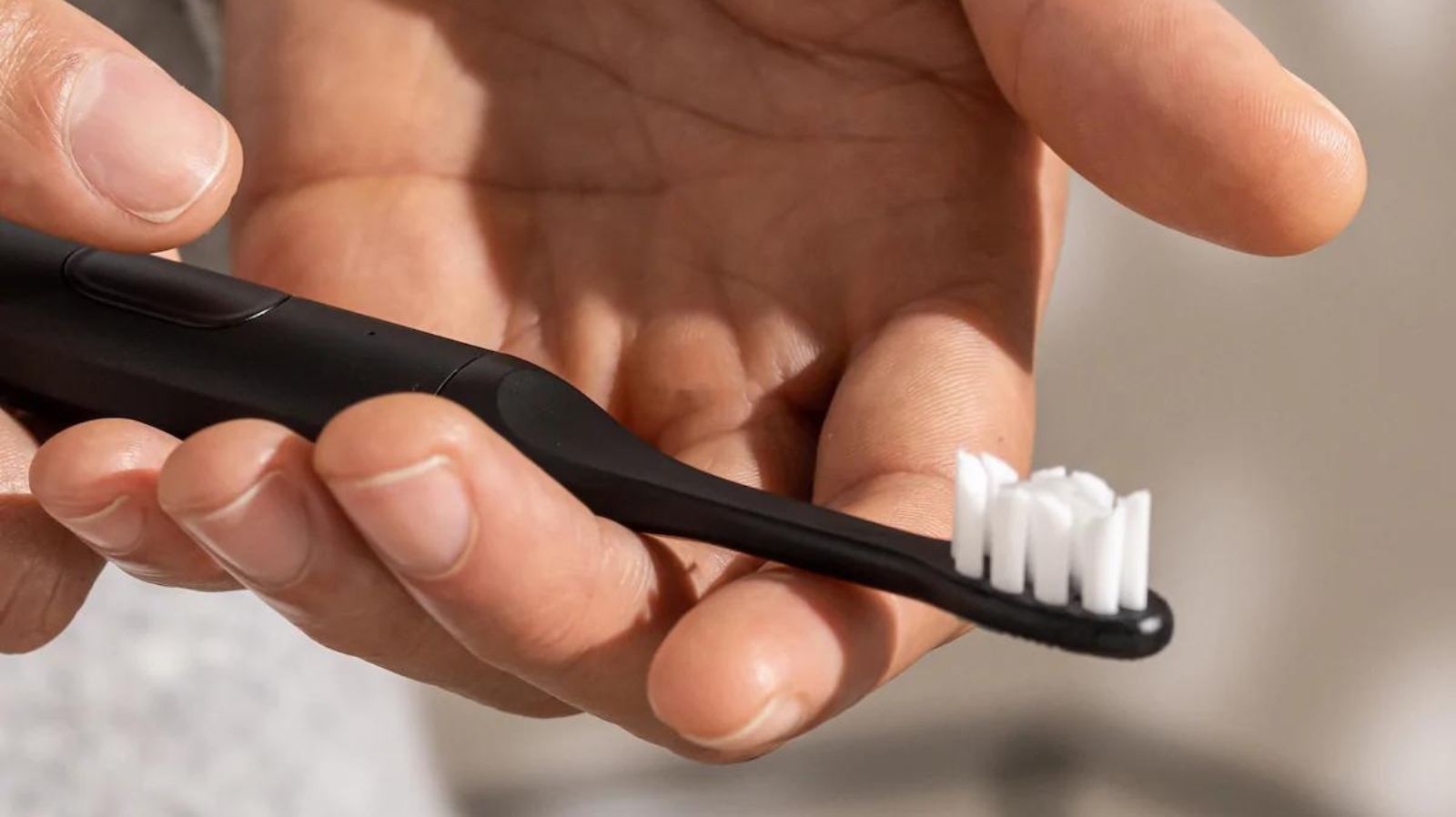 SURI Toothbrush Review - A must read before buying 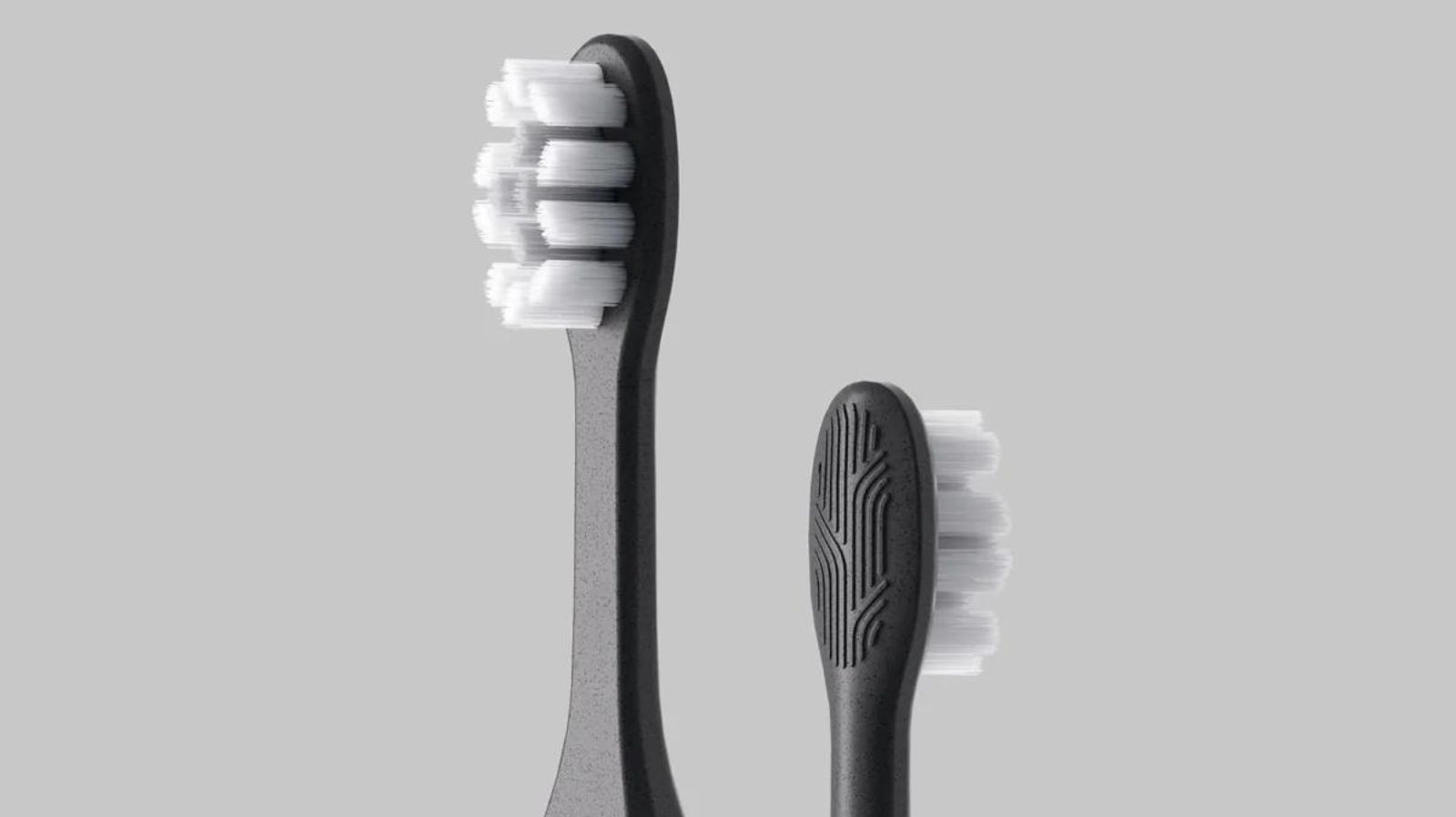 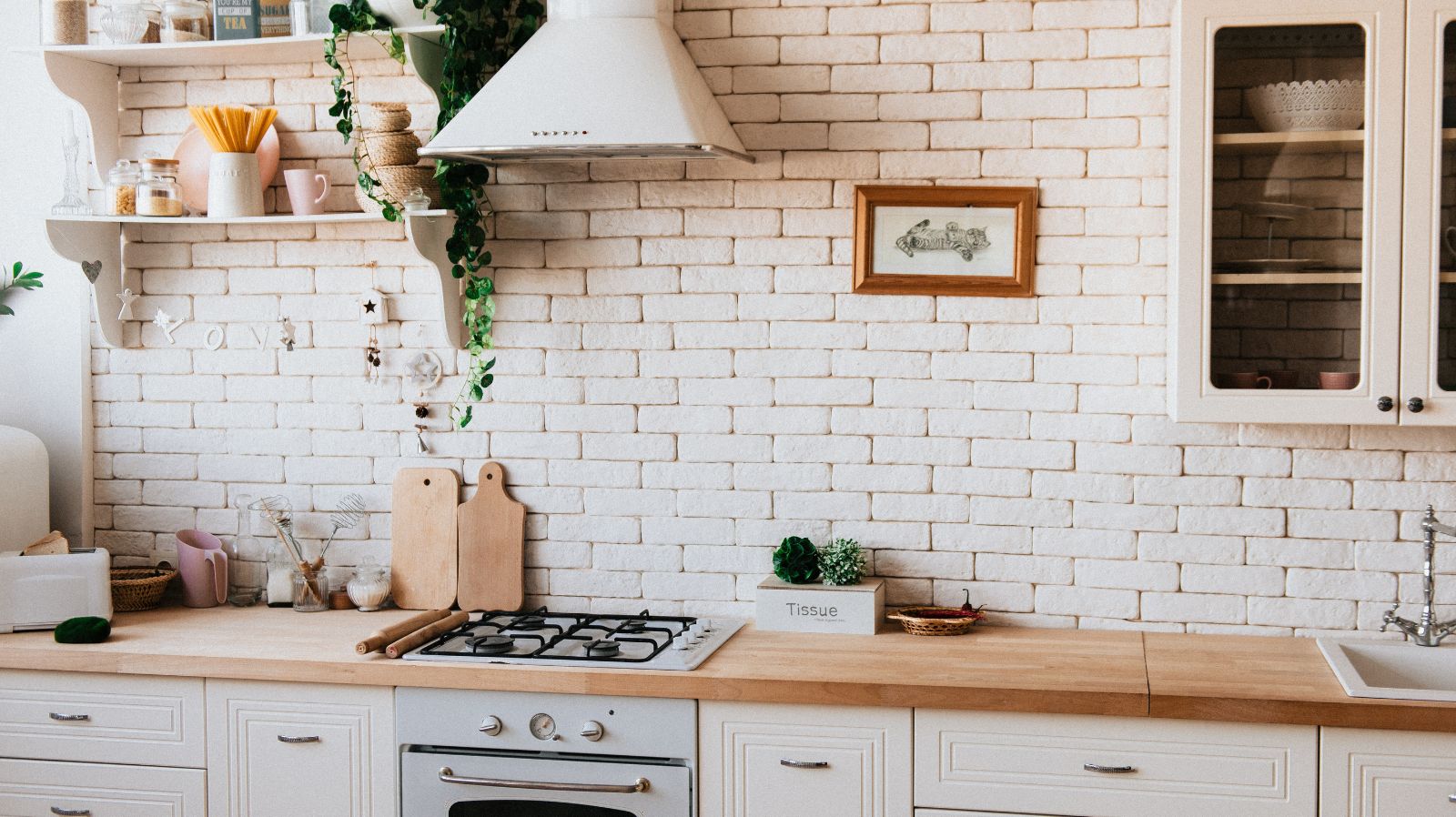 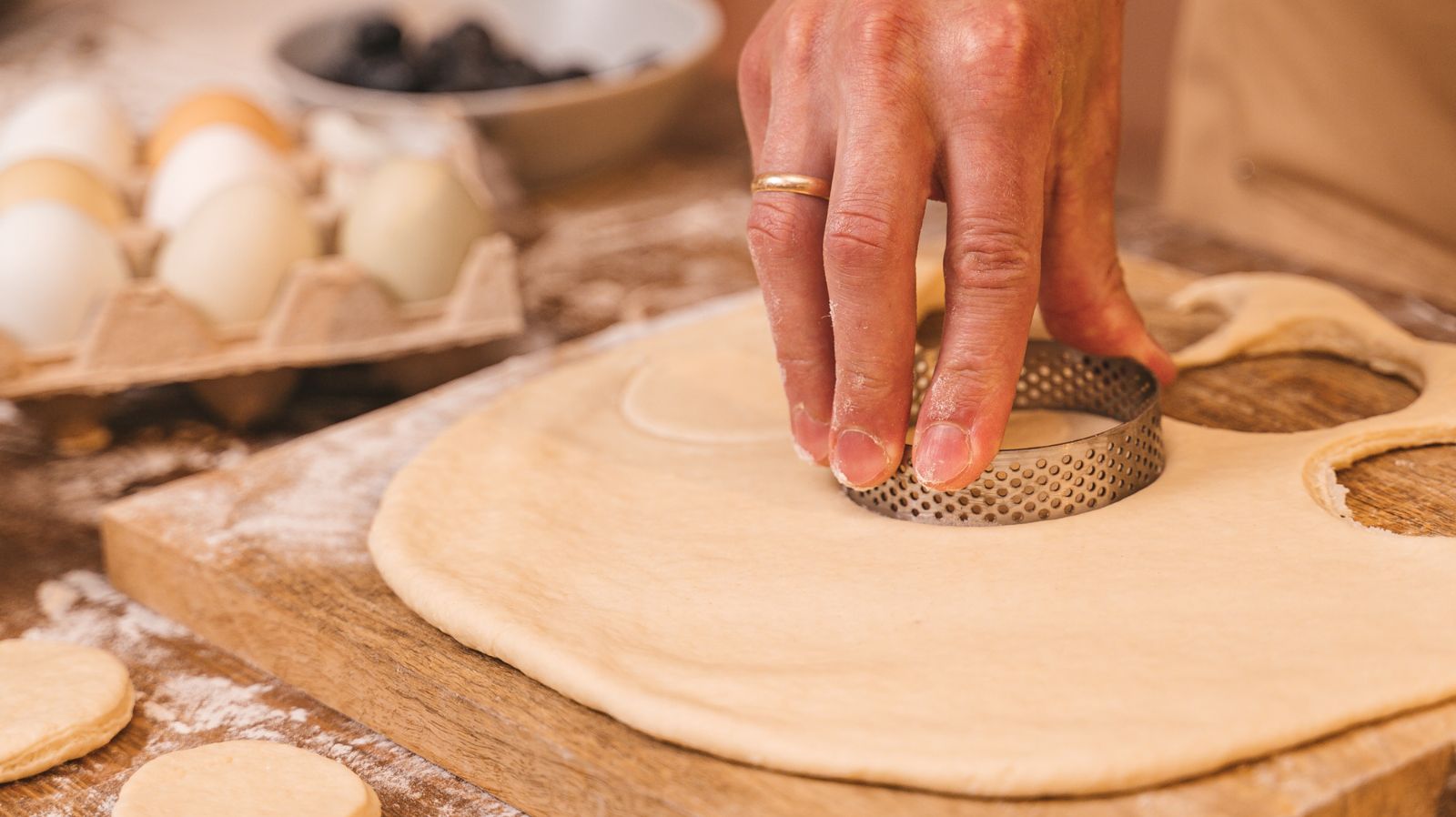